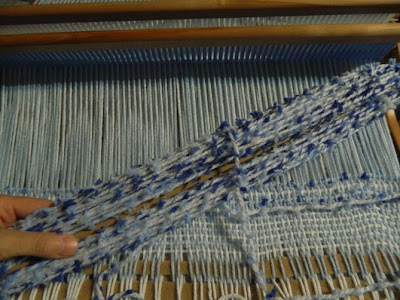 The next day I wound on my shuttle and began to weave. Now the problem was that the chunky yarn made the shuttles too fat to fit through the narrow sheds the pick up stick produce. 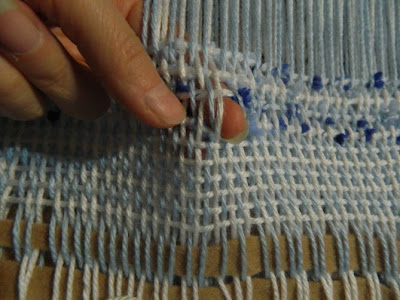 I struggled on, actually getting down on the floor and climbing underneath the loom to make sure I was not making any errors with the weft. No matter because all too soon it became clear I had a bigger problem than a missed thread. I had holes. Giant holes. The baby yarn was too fine for the heddles I was using. Even if I had wanted to redo it all with smaller heddles I couldn't as this was the only size I have two of. 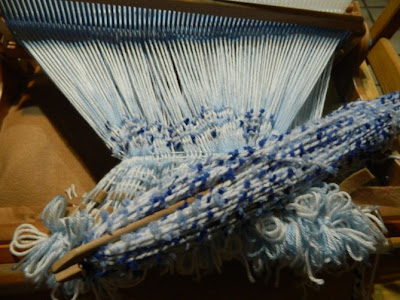 There was only one thing left to do. Throw a fit. I decided to remove the yarn I had already wove in hopes of saving all the warp but my tugging became more and more violent the madder and madder I got. Two whole days gone. The entire weekend wasted. I was major ticked off at myself. As a result of my temper tantrum the loom collapsed off the stand and crashed on to the floor. 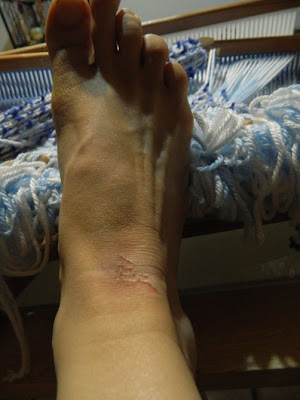 On the way down it decided to take its revenge. It got me good on the ankle. I can't say I didn't deserve it. I certainly did. 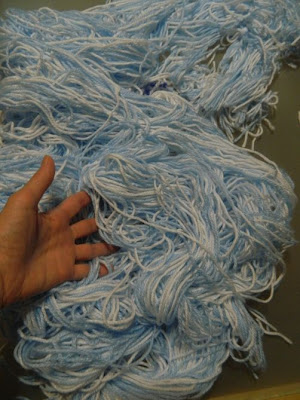 I cleaned up the mess and was left with a giant pile of cut up baby yarn. I did not have the patience to save it. I cut it off the loom in my last pique of anger. It felt good. I give up. My dreams of double weaving a blanket are finished. For now anyway.