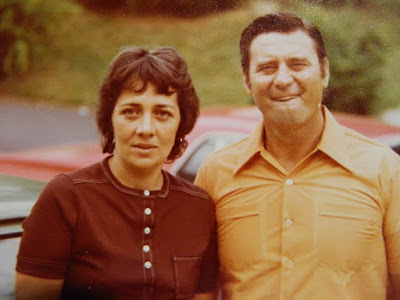 Mom drifted off gently into the good night but Daddio put up a fierce fight. I never expected anything less from him. He was an ornery sucker who drove us all nuts with his particular brand of goofiness. Pneumonia took him in the blink of an eye. He was fine when I saw him on Monday but by Wednesday he was desperately ill. 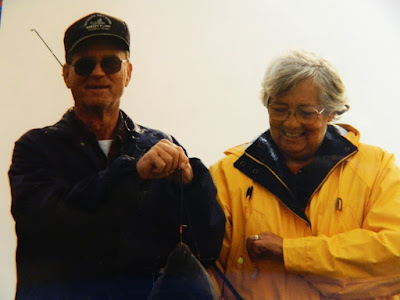 Surrounded by his three girls he entered into eternity after an epic 24 hour battle against the dying of the light-which was odd because he had spent the last 15 years anxiously waiting to join the love of his life. Wherever he's landed, I hope he's found her. 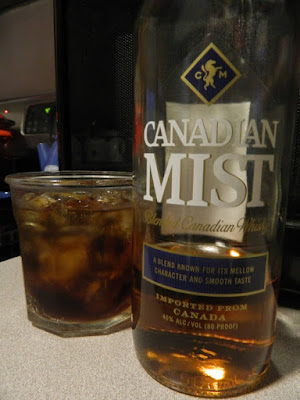 Right before the holidays I showed him a photo of my house lit up in Christmas lights. Although he wasn't really speaking anymore I asked him if he knew what it was and he said...."a shot of whiskey". His roommate and I had a good laugh. 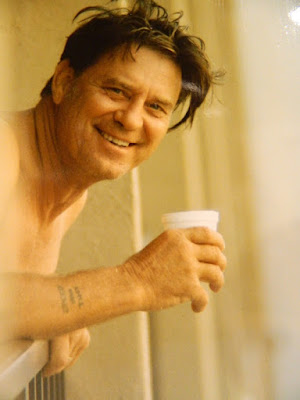 Tonight I am having a shot (or two) of his favorite whiskey and having a good cry. Cheers, Daddio.  Let's toast to the end of an era. There will never be another you. Meet you on the other side.
Posted by Araignee at 12:00 AM