The Warriors of Winter 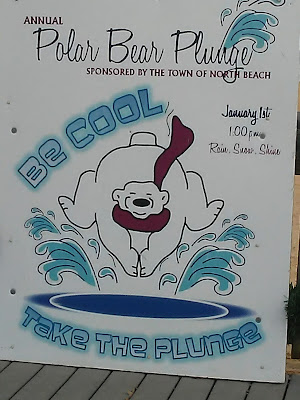 I said I was going to talk The Mister out of going yesterday but I ended up going with him. It was cold but it was sunny and I needed to get out of the house. 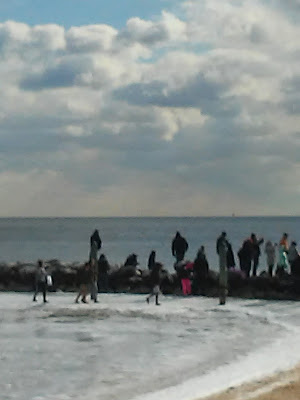 We bundled up the dogs and headed down to the water to see the local crazies take the plunge. The Mister has done it many times but came to his senses a few years ago. Now he just wants to watch and critique the action from the boardwalk. It didn't look too promising. The bay had a coat of ice. 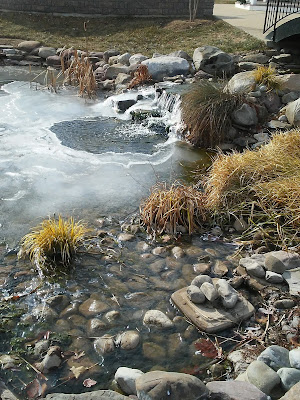 So did the koi pond. 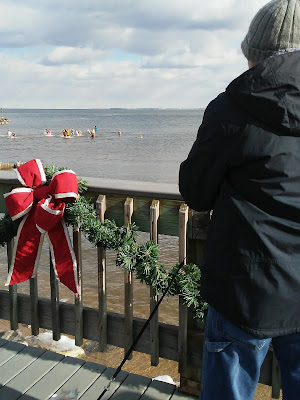 It didn't matter. The crowd was as big as ever. We had to walk way down the boardwalk just to get a view of the swimmers. 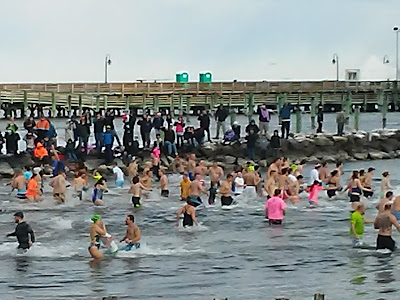 Brrr.......it was 22 degrees with a stiff breeze. The water temperature was a balmy 39.  At exactly 1:00 they all ran out to take a swim. You would have thought it was the middle of June. Some people stayed in the water a very long time. 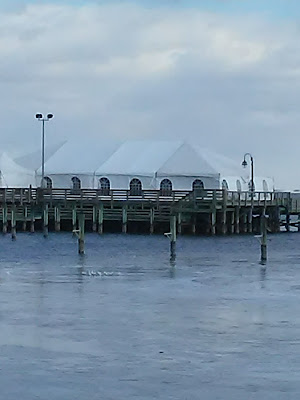 Before we left we went by the pier to see how things went at the first annual New Year's Eve bash last night. Now it all makes sense. A big tent made it possible in this weather.  I bet it was fun. 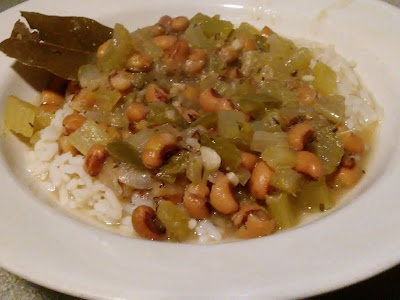 The fresh air made me feel so much better that I decided to make some New Year's Hoppin' John after all. I had a small bowl and crossed my fingers. So far, so good.
Posted by Araignee at 12:00 AM