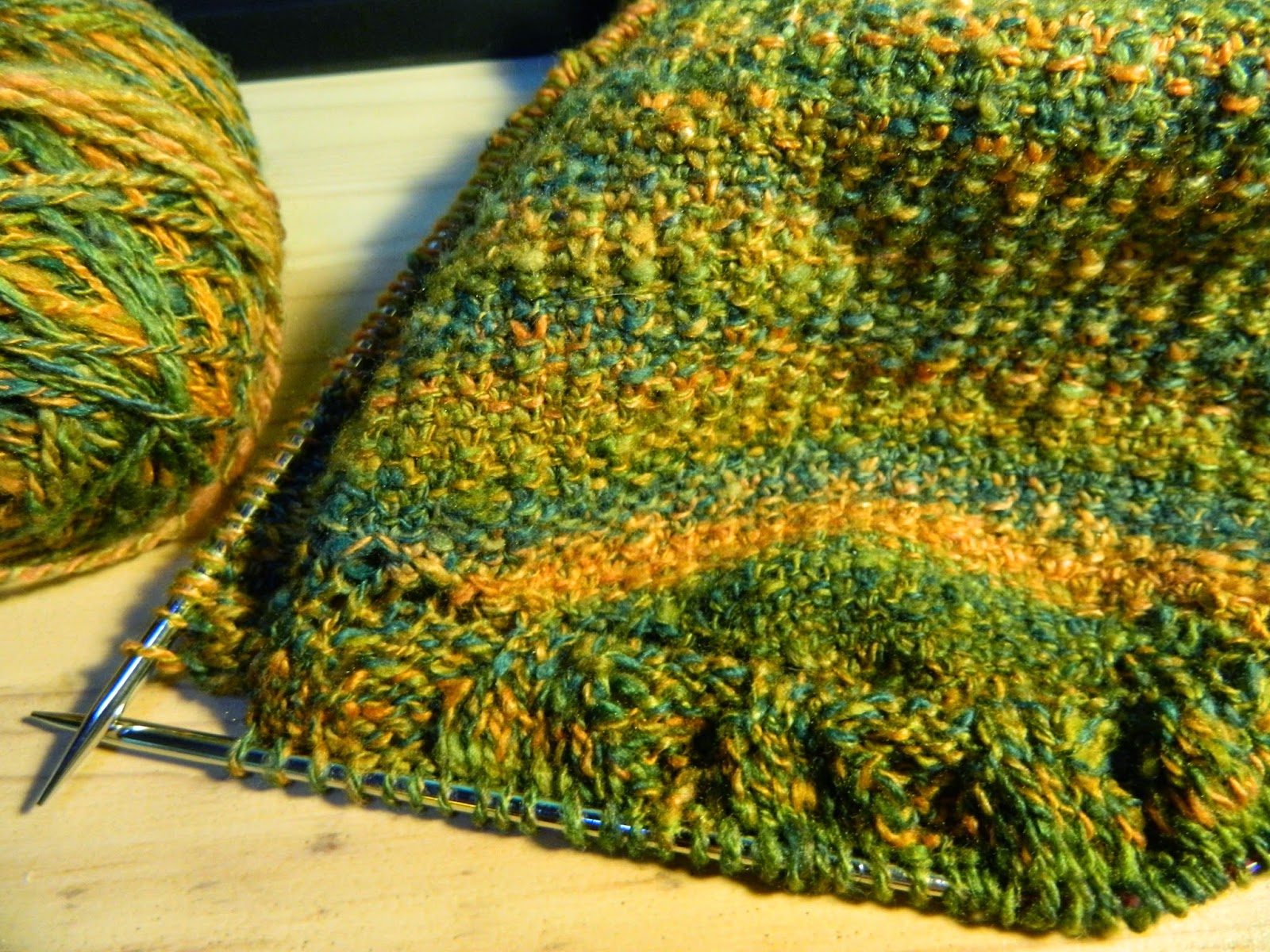 Just as the final minutes of Team USA's run for the World Cup came to an end, so did the Pleated Kerchief. 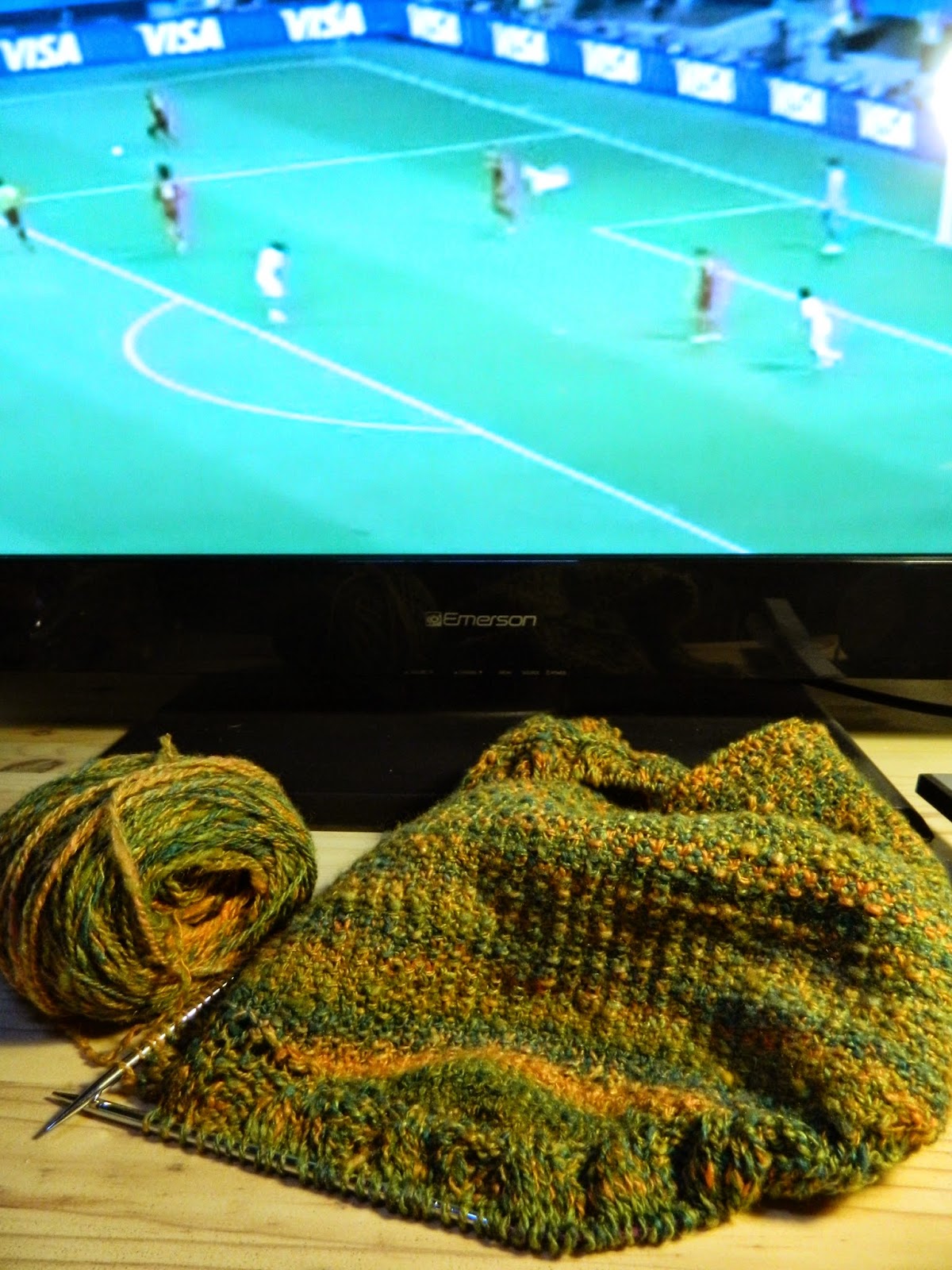 I began and finished the entire ruffle during the match. Mercifully, it kept my mind off the game. 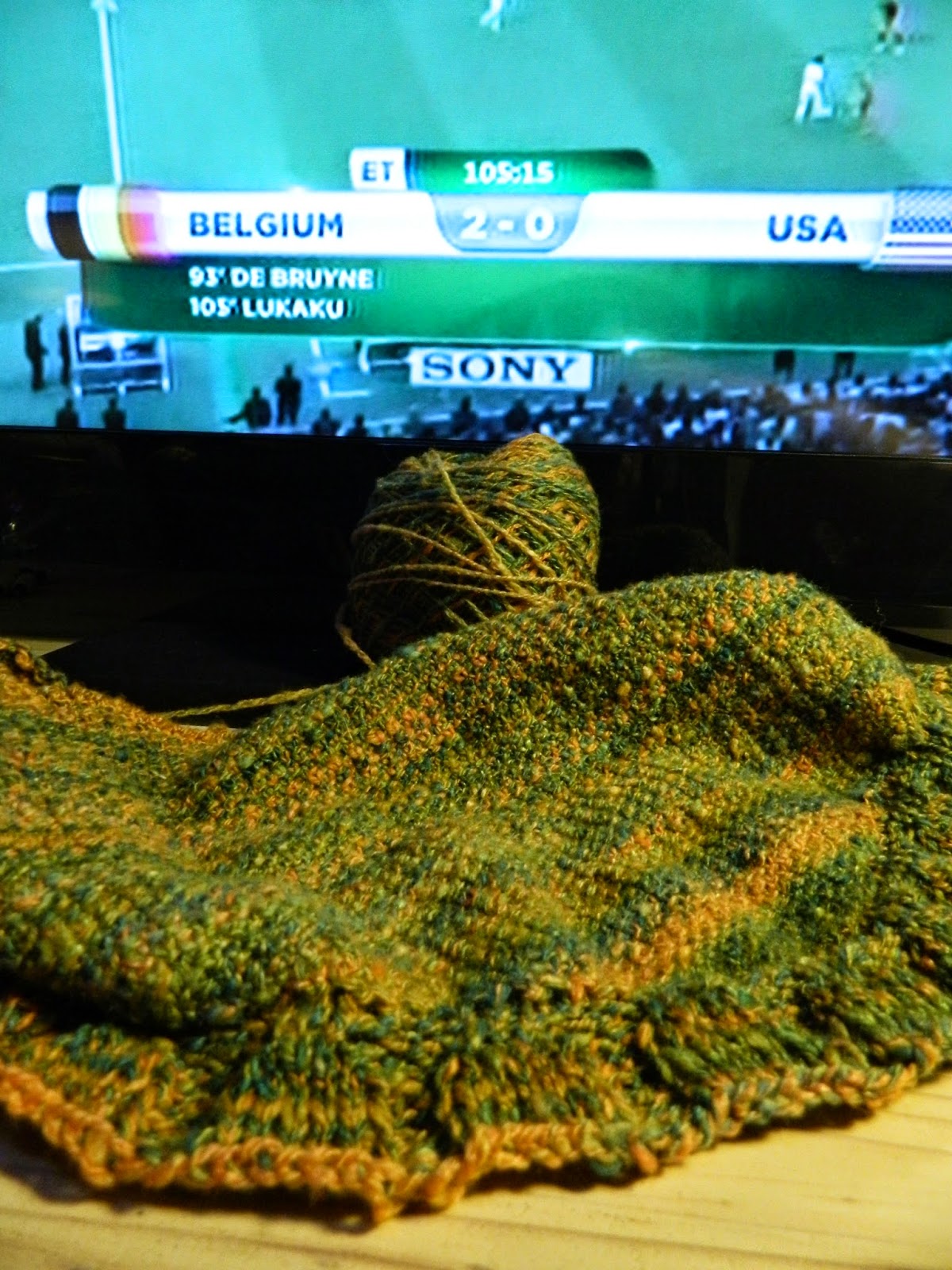 With minutes left to go, I had it bound off but like the game, I was not happy with the final results. 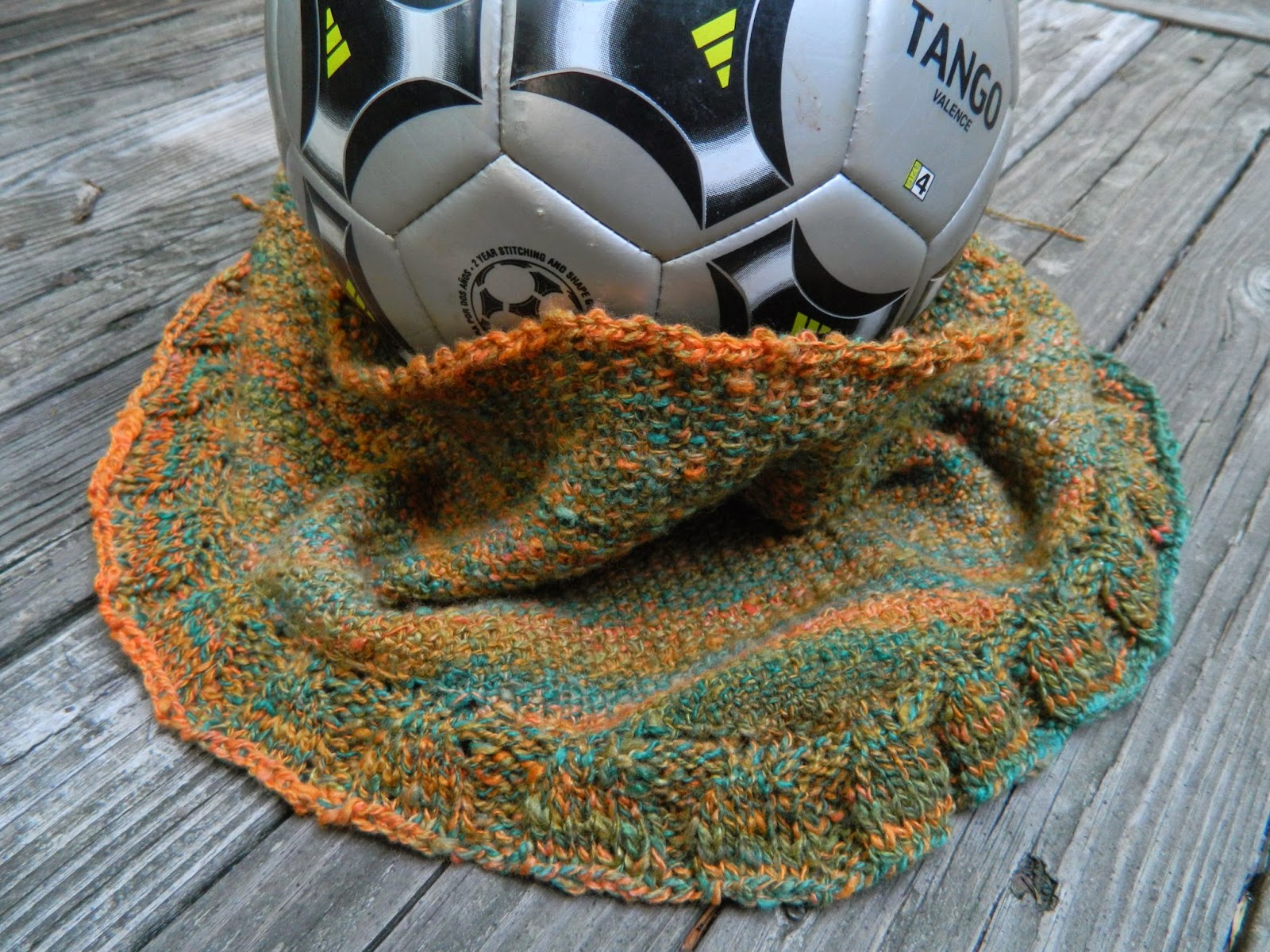 I know it is supposed to only be a kerchief but it's pretty darn tiny. I should have added a few more inches in width but I was afraid of running out of yarn.I would have never been able to match this crazy stuff. 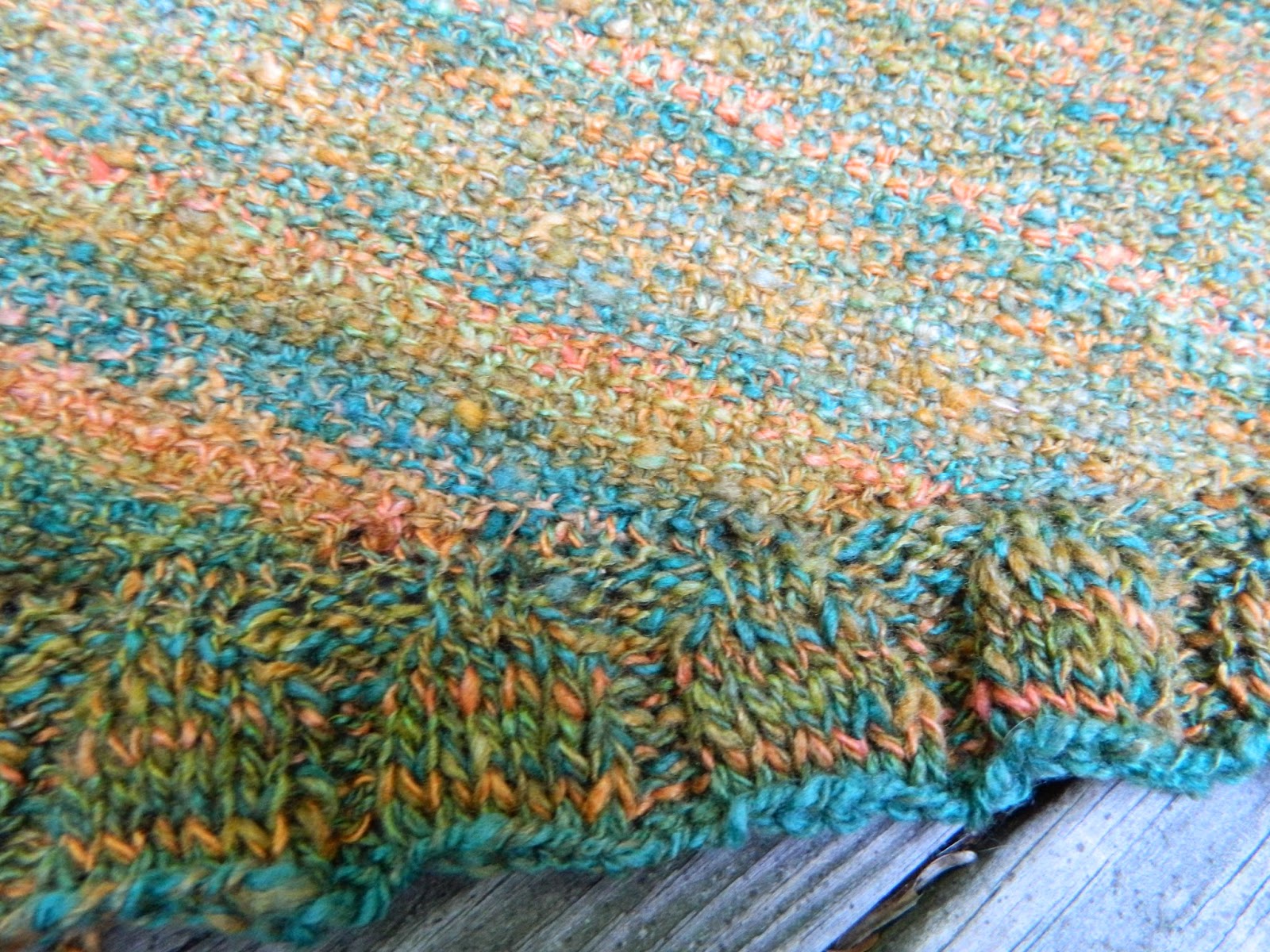 I liked the pattern. It was easy and fast after I got over the fiddlyness of the linen stitch. I may try this again someday with better yarn. That particular handspun was pretty wonky-soft but wonky.