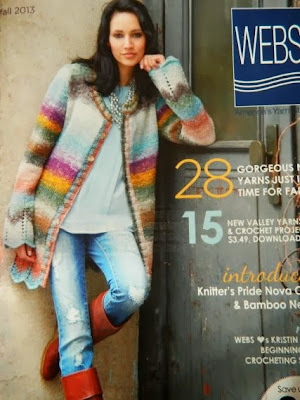 When this catalog showed up in my mailbox a few weeks ago, I fell in love with the sweater on the cover. Knitting it however, would cost me at least an entire month's food budget. Even if I had wanted to knit it, I had heard on the Webs podcast that this particular Noro yarn, in this color, was sold out everywhere and it would be months before it was on the shelves again. 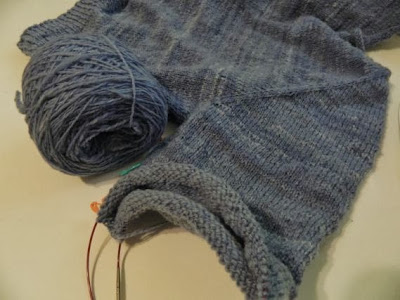 I already have one sweater on the needles but after seeing the one on the catalog cover, I really, really wanted to work on something with some pizazz to it. I was also almost out of the handspun I was using and like the Noro, it was going to be a while to get it restocked. 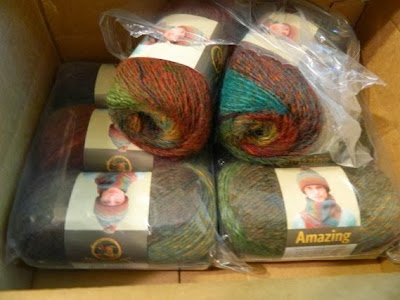 Hmmm.....didn't I already have a box full of fun sweater yarn in the stash? 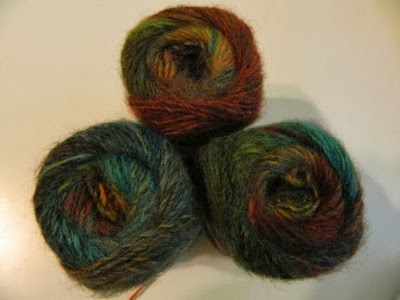 I most certainly did. 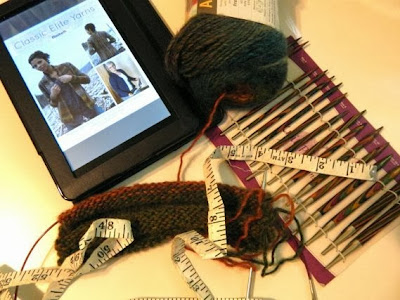 I also had this pattern in the queue. It is Elizabeth-a side to side cardigan with a ribbed waist and a wide shawl collar. 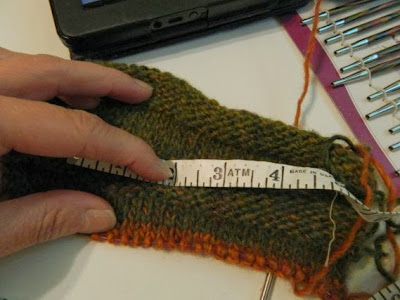 I wasted worked an entire morning trying to get gauge and concluded that yarn lies. I went from size 8 needles down to size 4 and I still had the same exact stitch count every time. Argh..... 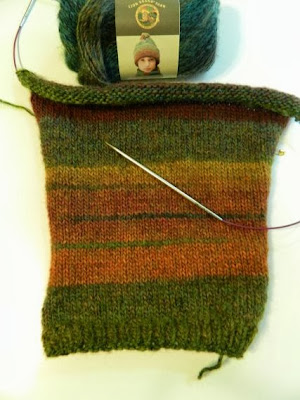 Math be damned, I decided since this was a very simple and straightforward design, I would go with the numbers that fit me using the information from the blankety blank swatch rather than being a slave to the pattern. This should be interesting.