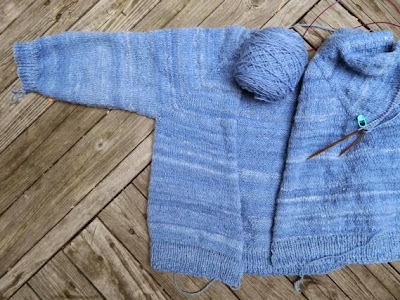 My handspun Merino Featherweight has a sleeve. It would have had two but I had to redo the first one twice. 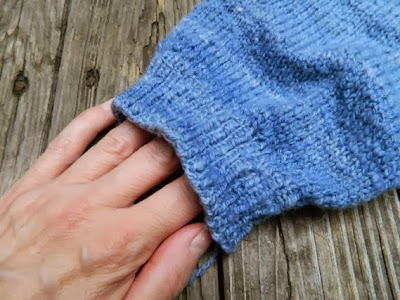 This particular pattern has 3/4 length sleeves that are supposed to be worn jauntily pushed up to the elbows only mine didn't work because they were too wide in the cuff. A little ripping and reknitting on sock needles gave me the elasticity I needed for it to stay put. I won't make the same mistake on the second one. 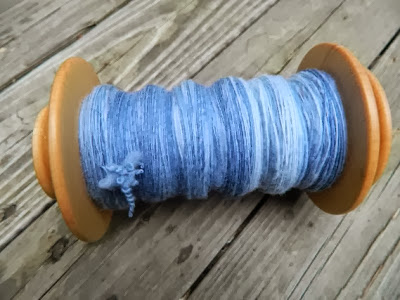 Oddly enough, the blue ball of yarn seems to not be running out like I expected so I am hoping I can make the other sleeve out of it without using the yarn I am in the process of spinning. There seems to be some wild variation in color going on with the new singles that won't look right in a second sleeve. I am hoping it will look right on the front bands and collar or else the whole thing is going to have to go in the dye pot when finished.
Posted by Araignee at 12:00 AM