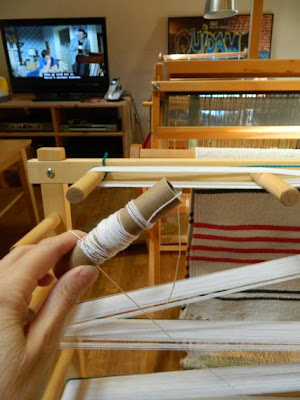 There was no way around it. That botched up warping job had to be undone. I decided that the problem was that the warp was too long. TCM was playing all Hitchcock on Sundays in September so sitting in front of the television for hours while I solved the problem was pretty painless. 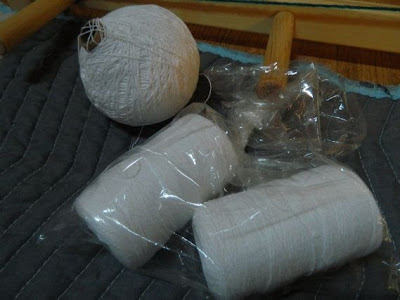 I had ordered two more 4 ounce cones which helped because I could wind it back on two threads at a time which cut the job in half. 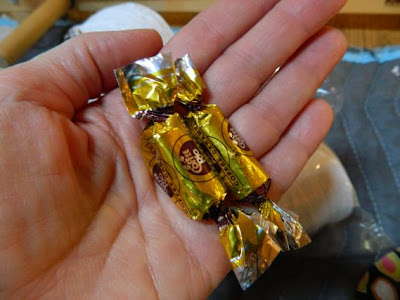 The best part of the whole deal was that Cotton Clouds adds two of these yummy coffee candies to all of their packages. 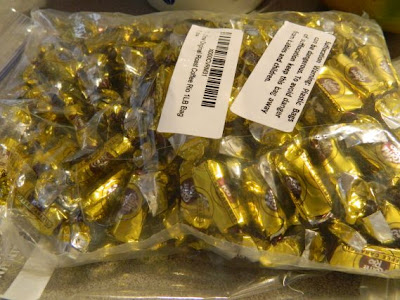 The last time I ordered some cotton I got hooked. I had to go on Amazon and buy myself a bag. They are Coffee Rio hard candies by Adams and Brooks and they are delish. I can't drink coffee anymore so whenever I get the need, I can now pop one of these and be happy. 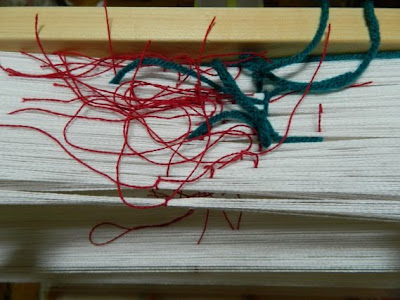 If you want to know what 414 8/2 cotton ends look like, here they are. It took two days to take it off and put it back again but I'm finally done. Now I need to work up the nerve to take it all off the warping board. This has the potential for either being my biggest warping success or biggest disaster ever. Stay tuned......
Posted by Araignee at 12:00 AM