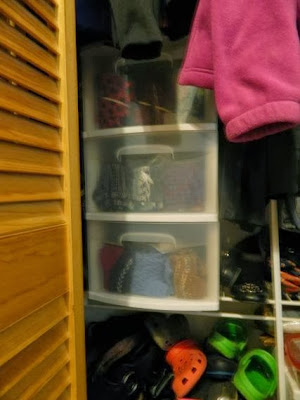 The Knitmore Girls have a thread on their group page daring listeners to post photos of their sock drawers. I don't have a very photogenic get up. I keep mine in a cheap plastic bin in the closet over top my pile of technicolor crocs. 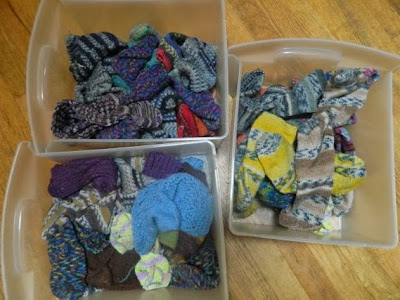 I just throw them in and they end up in a heap. I never can find the pair I want so I end up wearing the same ones over and over. 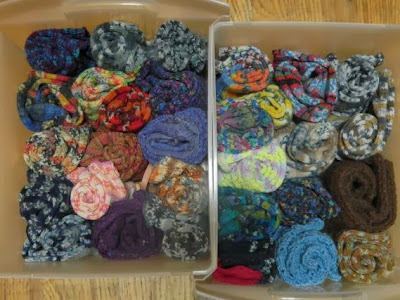 After looking at all the posted photos, I realized that people actually organize their socks. Now this makes sense. 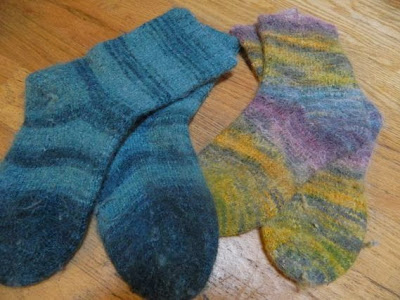 I only had two pair that didn't make it back in the drawer. They were felted so badly I couldn't get them on anymore. They must have gotten in the dryer once too often. These were both dyed and then knit from Knit Pick's sock blanks when they were all the rage. 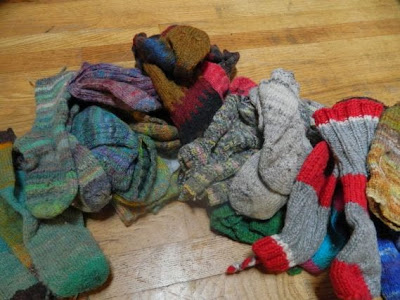 I also had a pile of handspun socks and an empty drawer. 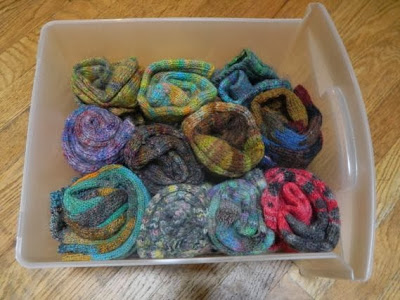 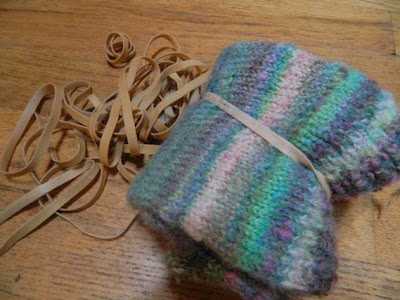 ...so I found that a rubber band helped to keep the pair rolled together. 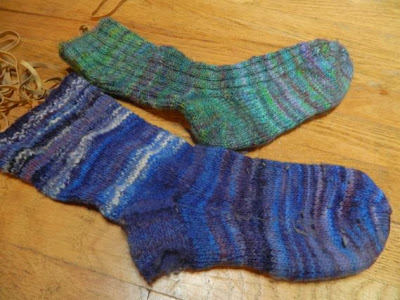 I had two that didn't have a match. Odd. These never go in the wash so they must be around here somewhere. That purple sock is one of the first things I ever spun on a drop spindle. I was very proud of it and I still think it's beautiful. I wonder what became of the other one? 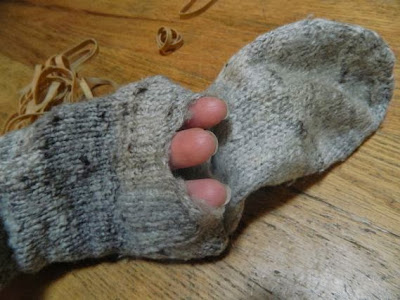 There was a lot of this going on with the handspun socks. I literally wear them to death as soon as it gets cold. 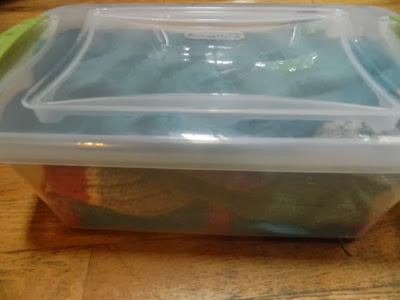 This is where those awful socks go to die. I can't just toss them so I preserve them in plastic. One day when I am good and gone, someone will be going through my things and wonder-wth?