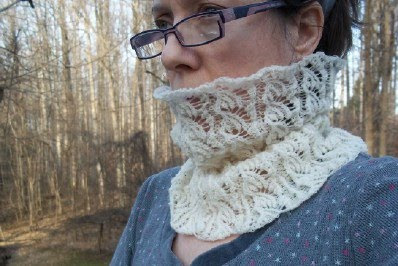 This is my official finish to the 2010 Tour de Fleece. This is the Cormo cowl that I began spindling in July. This is what I intended to make when I began. I know I posted earlier about the project I did complete but it was just thrown together with scraps so I could say I had finished something with the wool I had slaved over in 100 degree heat. This year I may look into some of those performance enhancing drugs they keep talking about because apparently I just can't keep up anymore.
Posted by Araignee at 12:00 AM