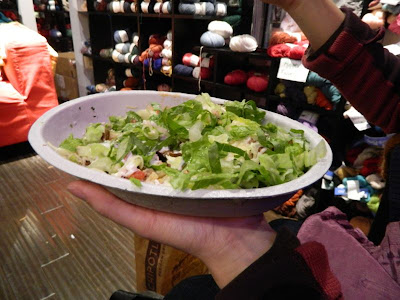 We were elbow to elbow tonight at the knit shop. There was something going on but I'm not sure what. I have never seen so many people lined up to buy yarn there before. People were going out with big bags of the stuff. I started out stuffed on a couch with this Chipotle Bowl sitting next to me. It was cruel. 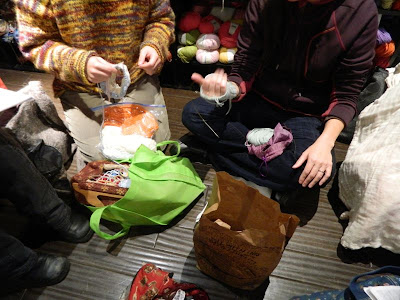 For the remainder of the evening I sat on the floor with the rest of the late comers. 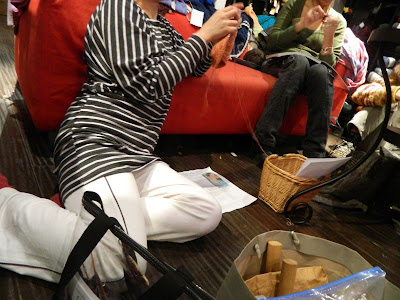 It was cozy but a little hard to keep up with conversations across the floor. 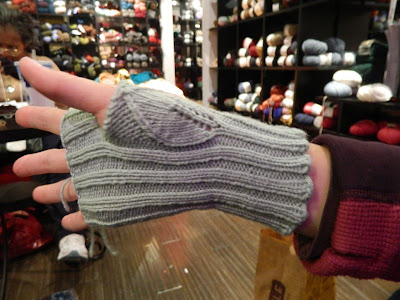 I did see a finished Green Thumb Mitt. Nice. 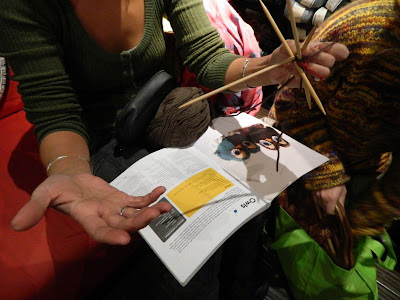 I also saw some owls-to-be getting started. 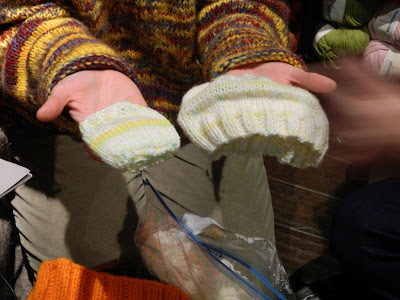 Someone had some baby things finished. 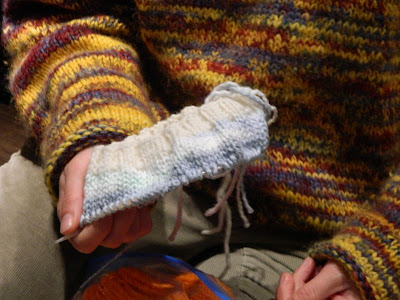 She also had some baby things started. Someone is thinking a lot about babies. I couldn't get a decent picture of her orange hat because she was laughing too hard about it. It seems this was to be a hunting hat for her husband that didn't quite work out for him. I heard something about a pom pom but I didn't quite get the joke. 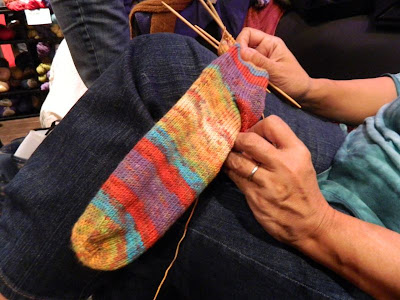 The microfiber socks are almost done. I found this exact yarn in my sock stash. It's going to the top of the queue. 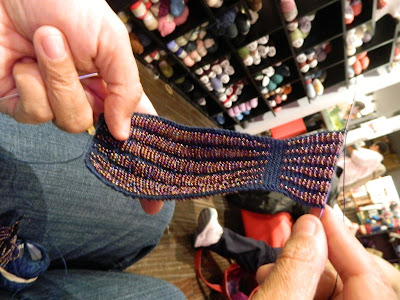 She also managed to finish a beaded bag tonight. I don't know how she manages to use those tiny needles and tiny beads and still be able to carry on a conversation. 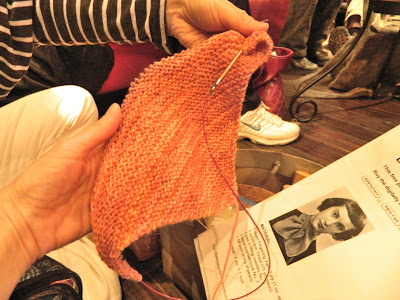 Miss Prodigy was working on a neck scarf. 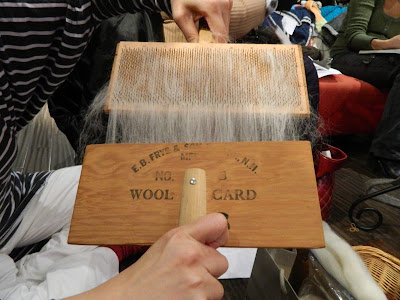 But she was more interested in learning how to make a rolag. I showed her once and of course she became an expert with one try. 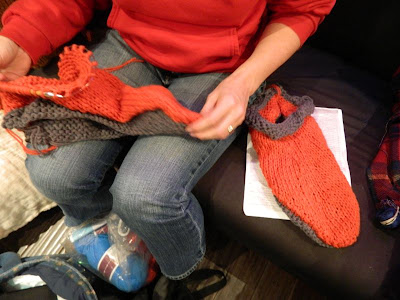 Someone that was new to me tonight was working on something familiar. I slaved over these same Felted Clogs this time last year. I love them but they are fiddly to say the least. I could have never worked on them in a crowd. I was impressed. 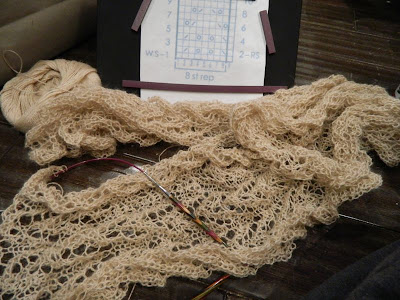 I put what I believe is the last pattern repeat on the lace scarf. I'll be binding off tomorrow. 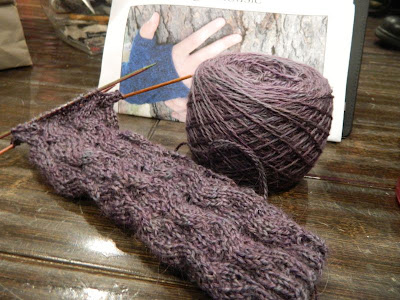 I also got to the end of a Dalhousie mitt. I am afraid they have ruined me forever. They are so soft and squishy. It's going to be hard to go back to the cheap stuff.
Posted by Araignee at 12:12 AM