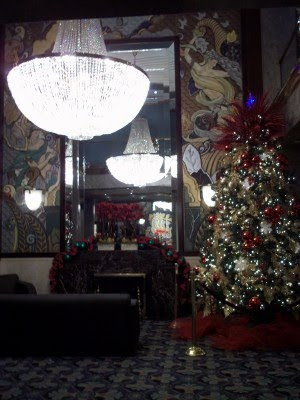 The lobby of the hotel was really spectacular-the rooms not so much. Like most old hotels in NYC, the rooms were shabby and not so chic. There was also no perks like free internet or even complimentary coffee in the rooms. The chain hotels have really spoiled me. 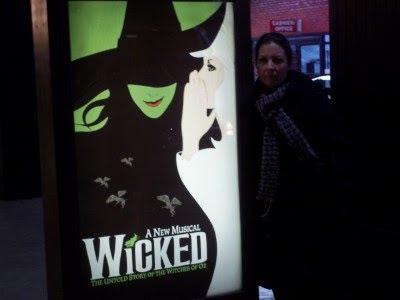 The location was great though. We were just a few blocks away from the Gershwin Theater. 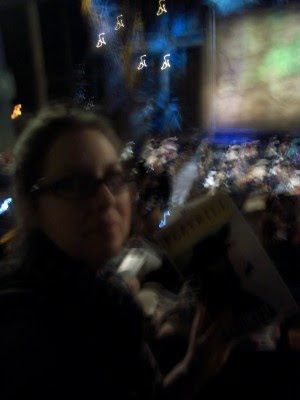 I tried to take a discreet photo of myself in the theater with my cheapo camera but only got a blur. Those white squiggles look like flying monkeys in the distance, don't they? The play was FANTASTIC. If you haven't seen it, GO NOW! 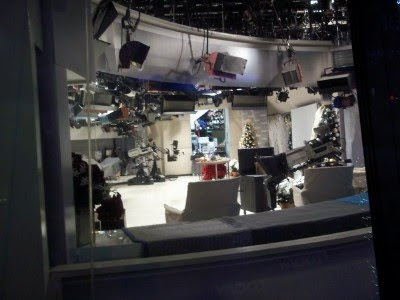 After the show we headed to Rockefeller Center to see the tree. First, I had to stop in and say hi to the Today Show set. I spend almost every morning with a hot cup of tea watching Matt, Ann and Al. 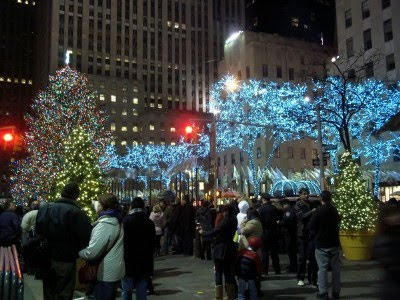 It was past midnight and the place was still packed with people. After we got back to the hotel we switched on SNL to catch the last few minutes only to discover we had just missed the cast saying goodnight from the Rockefeller ice! We were just there. What a bummer that was. It would have made a great story. 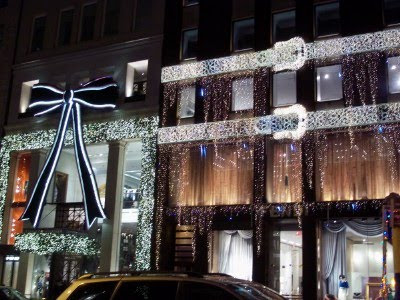 After leaving Rockefeller, we braved the cold and walked down 5th Avenue. The place is wrapped up like a giant sparkly package and the window displays make you feel like a kid again. 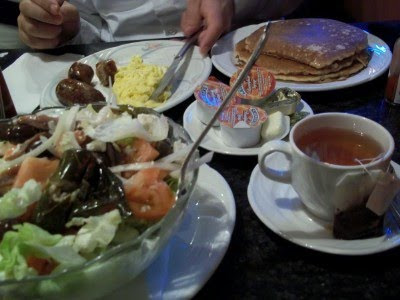 We finished the night thawing out in a little corner diner with an all night breakfast and a Greek salad. What a weekend. I love New York!
Posted by Araignee at 12:00 AM