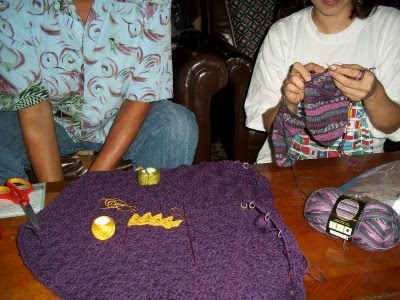 It's been a long time since I have had the pleasure of knitting in the company of others. I had the chance tonight but I didn't take it. I was too busy talking. 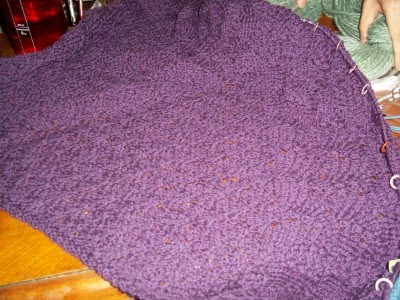 We hadn't seen each other since last spring and I had a lot to say. First, I began by talking about why Miss Prodigy's Swallowtail has no visible yarnovers. It's a mystery but it's still pretty. I think she invented a new stitch. 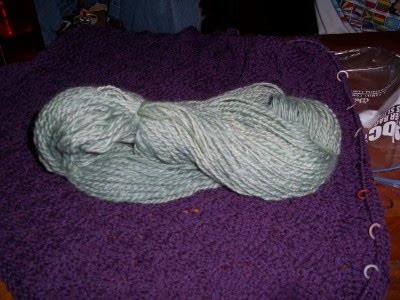 Then I talked about natural dyes. Miss Prodigy's indigo project turned green so I had to talk about that for a long time. I have no idea why I had so much to say because I know next to nothing about dye. 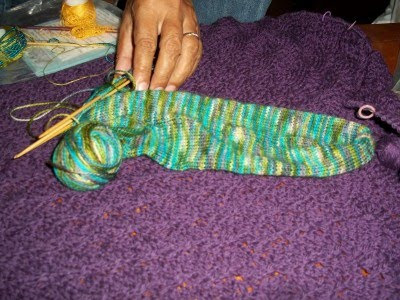 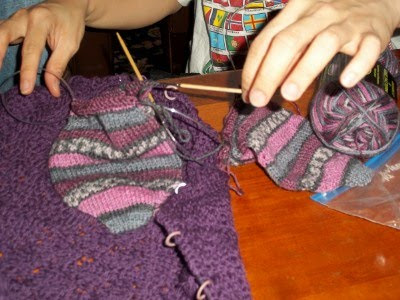 I also talked about making socks. Everyone has their preferred method. Miss Prodigy has knit lots of socks but never wears them. She has this idea about turning them into wall art. I wasn't sure what to say about that but I thought a lot about it. 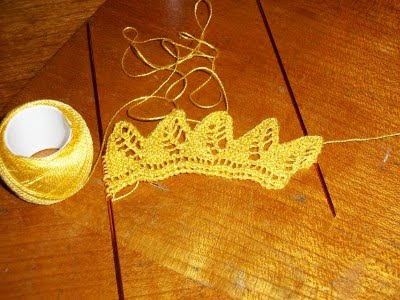 I also did some thinking out loud about knitting lace on tiny needles. Someone loves to knit with tiny needles and tiny thread. I can't imagine why but I have to admit it's very pretty.
Posted by Araignee at 12:00 AM