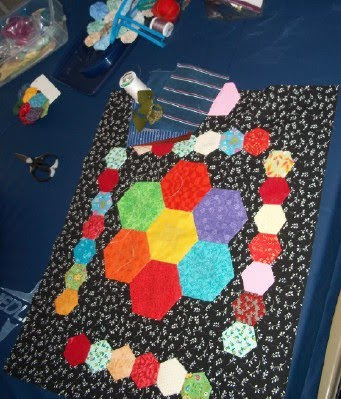 Daddio is now in a rehab center while they try and figure out how to get him back on his feet again. Mentally he is back to being old Daddio but those legs seem to still have a mind of their own. For the first few days at the new center we had a room all to ourselves so we spread out and turned the place into a needlework playground. 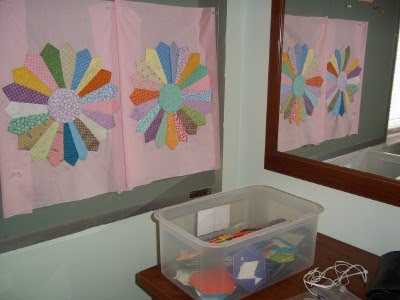 I brought all Daddio's works in progress to fill up the long days. 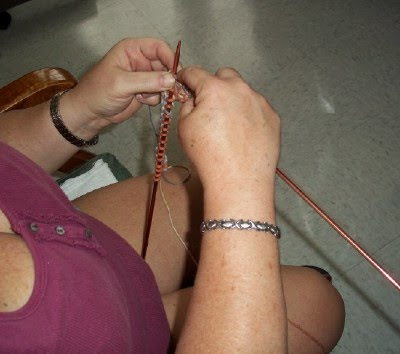 My sisters came with their projects. One sister is learning to knit and crochet while the other one busied herself with trying to learn how to make yo-yos for Daddio's in progress yo-yo quilt. 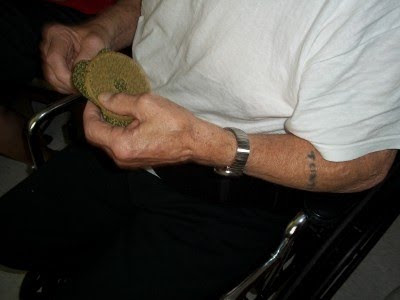 Daddio gave her a lesson. His hands are not nearly as steady as they were pre-surgery but he gave it his best try. He still did better than my sister who decided that yo-yos were just not her thing.
Posted by Araignee at 12:00 AM