The End of the Year Knit Night 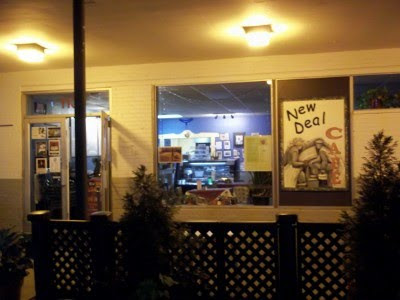 The school year has almost come to an end and the teacher's that I have been knitting with on Wednesday nights are taking a well deserved rest for the summer. There were only three of us tonight but it was a lovely evening all the same. The weather was gorgeous so we sat outside our little cafe. 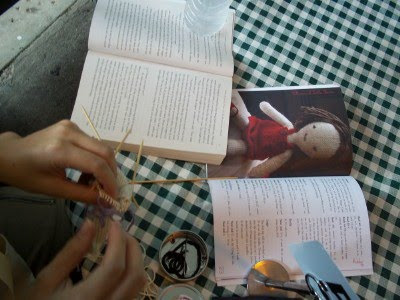 Someone was working on the Poppy pattern from Ysolda Teague's Whimsical Little Knits.
Poppy is going to be a "he" doll in her version by request from her son. 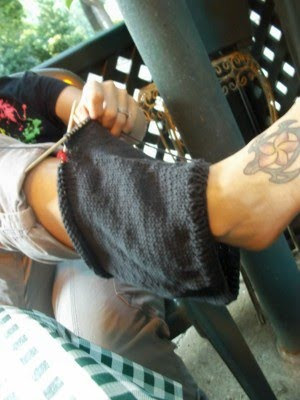 Show and Tell consisted of those knitted pants I have been obsessing over. I really want to see them finished but the knitter keeps ripping them out for one reason or another. Here they are pre-rip once again because of size issues. We couldn't convince her to keep the too wide legs and call them bell bottoms. 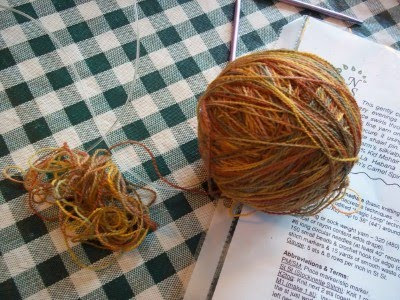 Then there was the drama over the Starry Starry Night pattern. It seems it begins with a very unusual and complicated cast on and someone was having a bit of a problem with it. 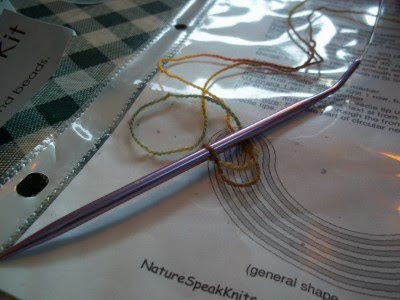 After several tries, this is all she had to show for her efforts. She shouldn't fret too much because if you check out all of the Ravelry projects almost everyone complains about the cast on. 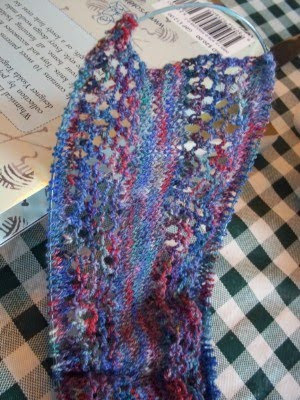 Luckily someone else had already started hers and could lead the way. 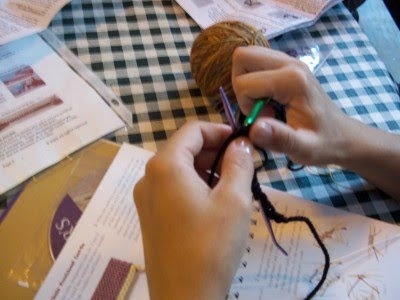 Soon she had it almost figured out. It looks like a really pretty shoulder scarf/shawl type thing that I think I want to make now too. That's the thing about Knit Night, I always see something I would rather be working on than what I brought.
Posted by Araignee at 12:00 AM