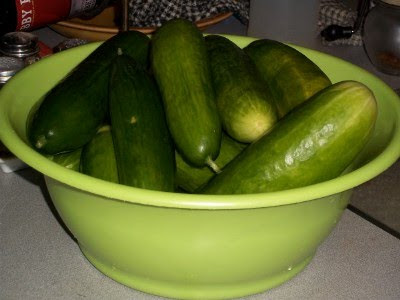 There hasn't been a lot of crafty things going on around here lately. All of a sudden the garden has started producing cucumbers and other stuff like crazy so I've been playing the farmer's wife. 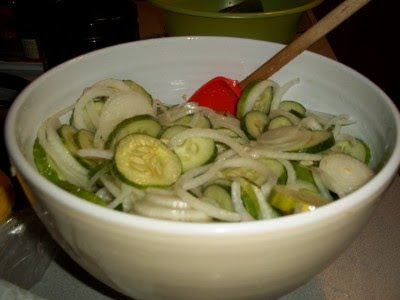 We have been able to eat the squash and eggplants but I had to figure out something to do with all the cucumbers. Making pickles seemed to make sense. I cut them up with some onions and salted them. Then I let them sit while I watched a movie (took a nap). 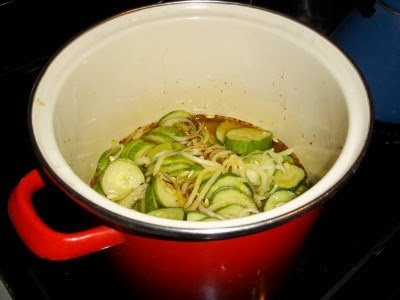 After rinsing and draining several times, I brought them to a boil with vinegar, sugar and some pickling spices. 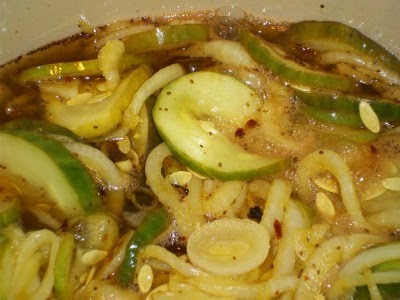 I nibbled on them throughout the process. They were really good. 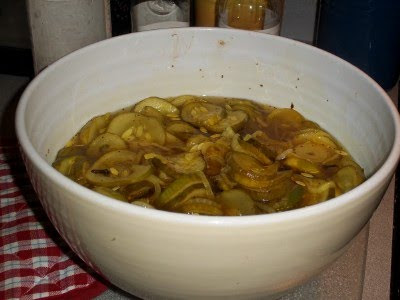 I didn't have anything to put them in so they sat in my expensive french dough bowl overnight in the fridge. 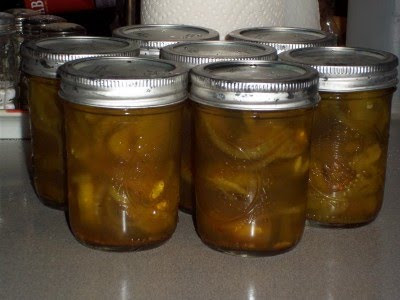 I picked up some half pint canning jars at Walmart and divided the fresh pickles among them. I am keeping them in the fridge so I didn't process them any further because they are so ridiculously good that I can see they won't last long.
Posted by Araignee at 12:00 AM