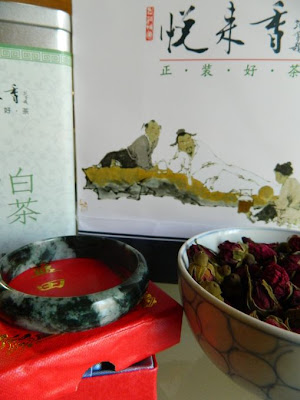 Number One Son and his new bride just returned from a trip to China. They brought me back lots of goodies. I have a tin of white tea and a beautiful bangle. Some gifts were from the newlyweds and some were from the new in-laws my son was meeting for the first time. 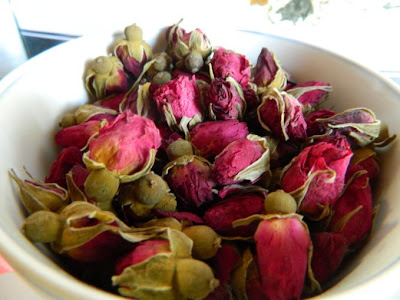 There was also a bag of tiny rose buds meant for brewing into tea. They are so beautiful I would hate to dunk them into boiling water but I am curious to see how they will taste. 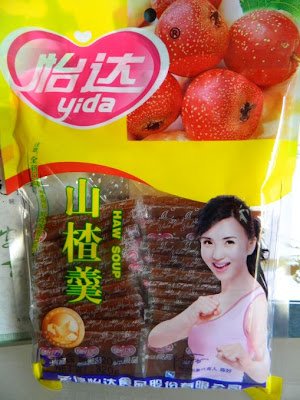 I had asked for them to bring me some candy so they picked me up a pack of this mystery fruit gummy stuff.  Anyone have any idea what fruit that is? 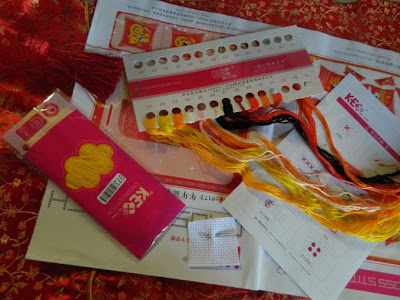 They also brought me back this cross stitch kit. 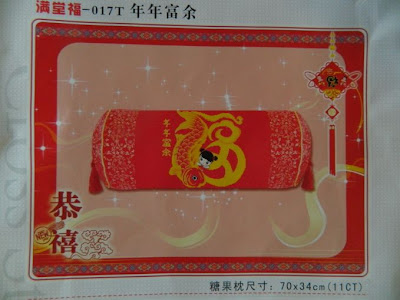 It makes a very pretty pillow. 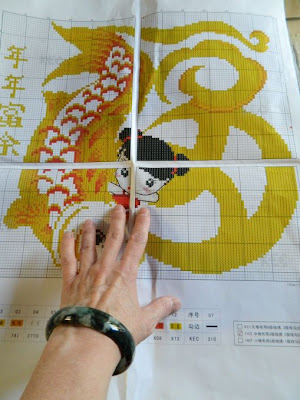 The chart is huge. Perfect for my old eyes. 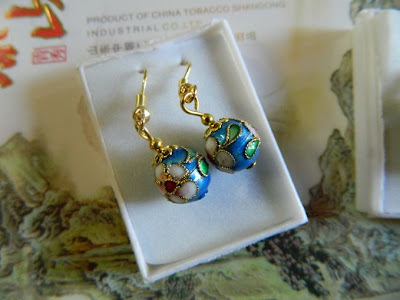 They brought these lovely earrings back for the Aunties. I think I was told they were bought in The Forbidden City. How cool is that? 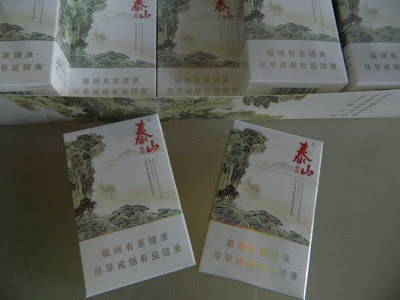 There were even some Chinese ciggies for Daddio who is a smoker. He quit for 20 years or so and went back to puffing his nasty weed a few years ago. At his age we decided to let him enjoy his bad habits and now he has some exotic tobacco to keep him entertained during his smoke breaks.

I can't thank the kids enough for hauling all the goodies back for us. Now I have to think of a way to thank those new in-laws who live on the other side of the world.