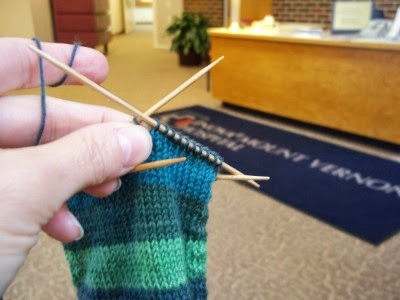 We had to get Daddio up and bathed at 5 am in order to get him to the hospital by 9:30. After a mad dash through the early morning Washington, DC rush hour we arrived to find out his surgery was rescheduled for 1:00.  :( 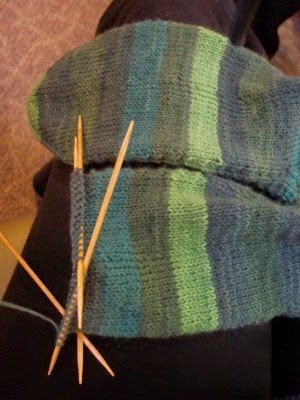 Needless to say, there was a lot of knitting going on. I ended up at the toe of Hermoine only to give it up when my head threatened to explode. 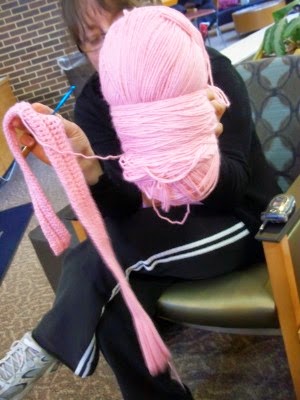 Little Sister brought along the biggest ball of yarn I have ever seen and spent the day crocheting and ripping back. The doctor gave us the A-OK around 4 and we breathed a sigh of relief and then played with yarn another two hours until he got up to his room. 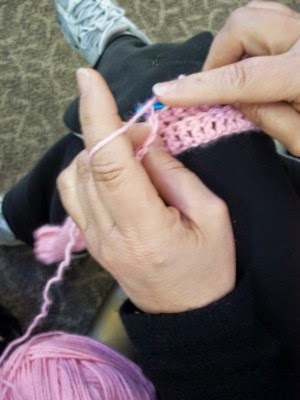 Little Sister finally decided a ridgy blanket pattern was a keeper. Daddio made it back to his room around 6:00. He was in much better shape than we were. 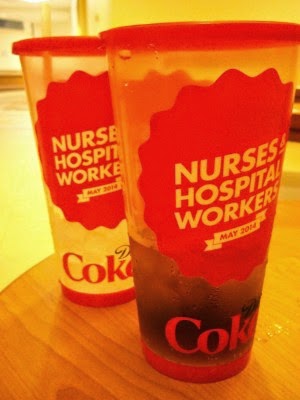 The highlight of our very long day was an icy cold Coke from the cafeteria. No diet stuff-the real thing. It was like a tonic. I would have never survived the long drive home without it. 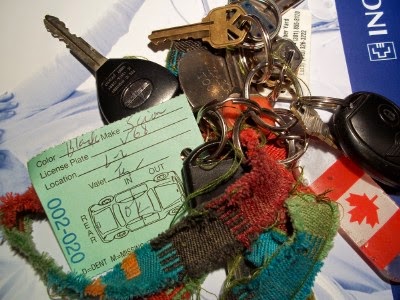 The low point was when we had to figure out where they keep the car keys that are left behind after the valet parking closes for the night because the owners are too dumb to read the sign that says they close at 6. Let's just say it involved a lot of walking.


Thanks for all the well wishes sent our way yesterday! The old guy is doing fine. Me-not so much. If you are someone who knows my phone number, don't even think of using it today. I'm off duty.