An Adventure in Unknitting 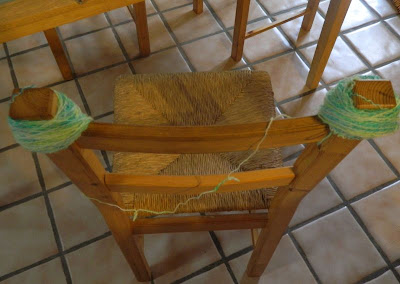 Quiet Sunday mornings are the perfect time to catch up on old projects. I had a pair of socks on a long circular needle that was not turning out the way I wanted. So I decided to frog them. Pulling the yarn out of 2 socks at a time when you are knitting from only one ball is a giant tangle of a nightmare. Not having enough hands to do the job, I had to enlist the furniture to help. It was painfully slow going. 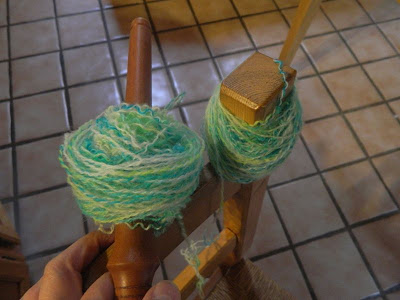 After pulling the yarn out and separating it, I had to figure out how to pull it off the chair. It was wound inside out and still just one continuous strand. I carefully pushed it onto my nostepinne while hoping for the best. 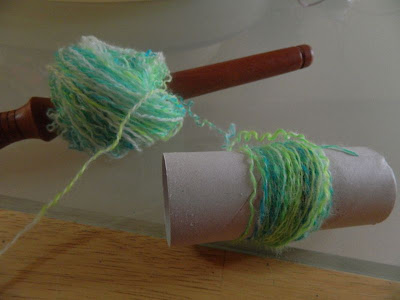 I managed to locate the beginning and rewind it all onto a paper tube. 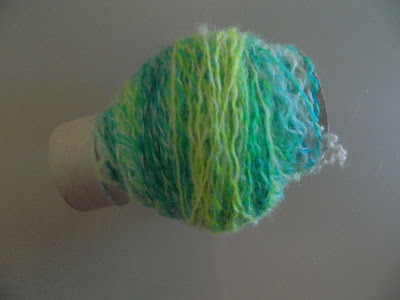 I could breathe easier once it was all safe and sound. 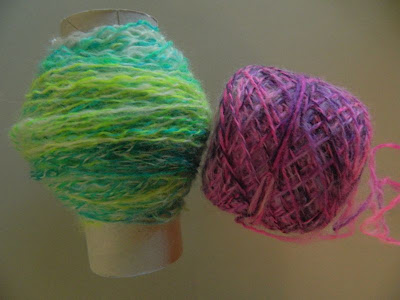 Here is the reason for all the drama. I had begun a pair of socks with the green handspun and had planned to switch to the pink at the heel. Yuck. It seemed like a good idea at the time, but once I got to the heel I knew this was a stupid idea and a waste of some pretty handspun. I worked hard handpainting the singles last summer and they deserved better.
The green has been rewashed and is hanging to dry. It will be socks again but this time instead of half green and half pink, I think I'm going for stripes or maybe even some Fair Isle.
Posted by Araignee at 12:00 AM