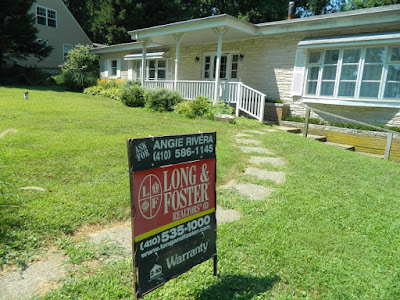 When it was clear that Daddio would never be leaving the nursing home, I had to put his house on the market to pay for his long term care. 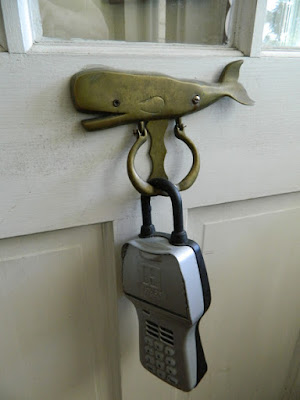 The place is a wreck after years of neglect and has been sitting without much attention, but low and behold-we have a buyer. 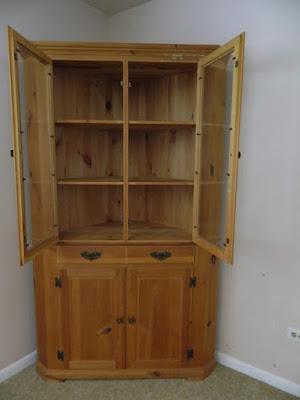 Now the rush is on to clear the place out as the buyers want to move in by the 20th, or sooner if they can get a settlement date. 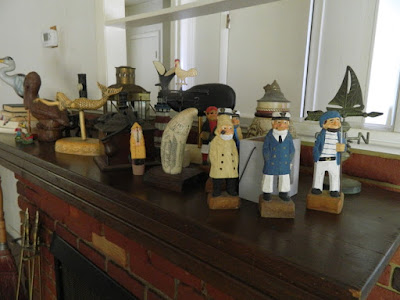 Mom's beachy themed things are still all over the place. It feels wrong to move them. Hopefully they will find a good home. 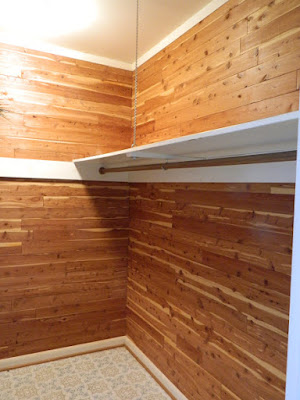 Daddio's clothes have all been donated. I had no idea he was such a clotheshorse until I had to pack all his stuff and haul it away. 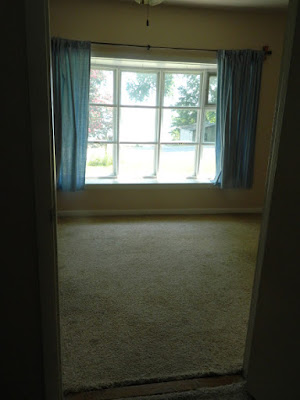 The room where he quilted is now emptied of his projects. 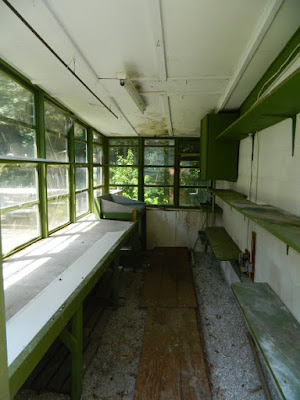 The greenhouse is empty. 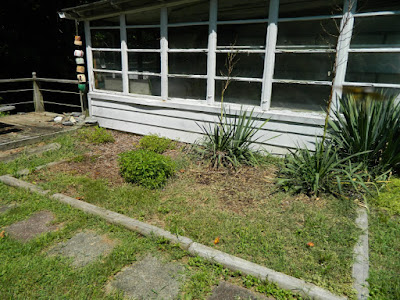 The garden that kept us so busy every summer has been abandoned to the weeds. 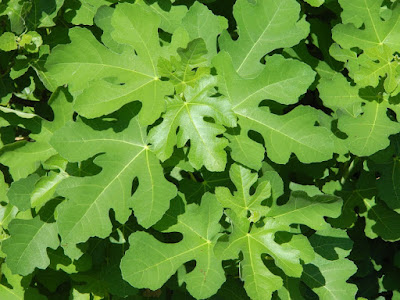 Look at that. That's my fig tree. Once again I gave it up for dead and once again it proved me wrong. But it's not my fig tree anymore and it breaks my heart. 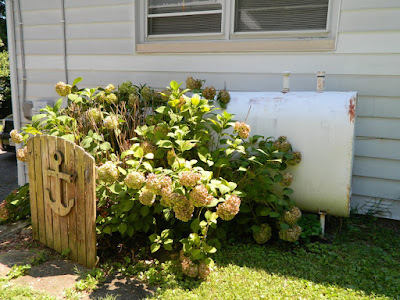 The plants are always the hardest things to say goodbye to. Who knows what their fate will be. 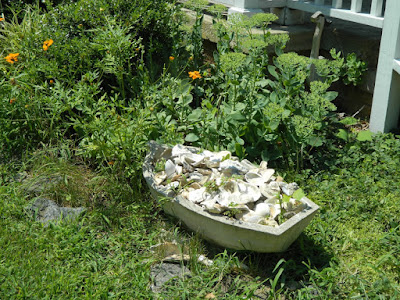 I was very tempted to drop Mom's ashes in her little ceramic boat that sits overlooking the bay. I thought better of it. Trying to figure out what to do with her now that her little house is gone has been a tough one. She's been waiting patiently for Daddio to join her for their final trip to the bay but it doesn't look like he's going anywhere soon. Sigh......