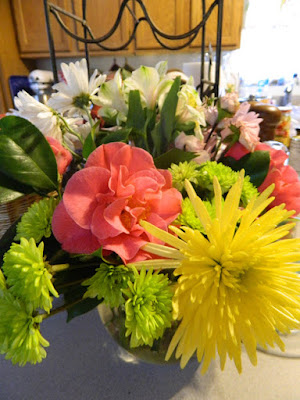 As hard as I had worked on Saturday to make sure Sunday would go smoothly, Easter morning was a bust. First, I woke up to dark clouds and cold weather when the forecast had been for a decent day. I was fuming. I had planned lots of outdoor fun. The poor Mister had to put up with my tantrum while I raged all morning against Mother Nature. My next trial was when the bouquet I had bought for the table turned out to be skimpy. I had to go out and cut some camellias to fill in the gaps. I wasn't happy. 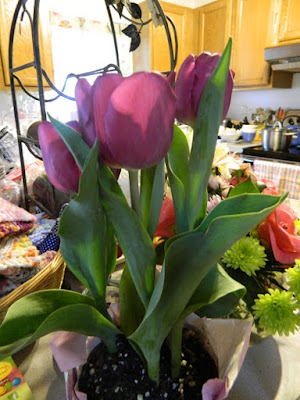 Thank goodness the day took a turn for the better when the family showed up at noon. Daughter had tulips. 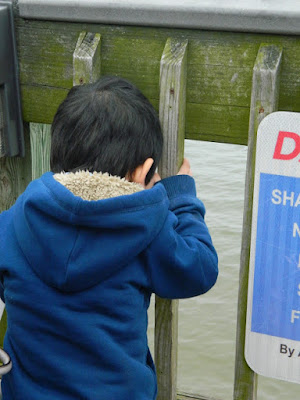 In spite of the bad weather we went to the beach to show the Grands "the big water". 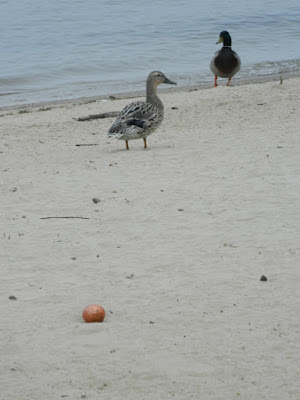 Someone had hidden eggs in the sand and a tiny thing in a bonnet was collecting them in her basket. How clever of them. 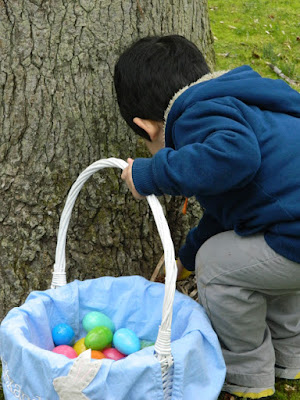 Back at home we had an egg hunt of our own. So far no rain but it was cold. Ugh. 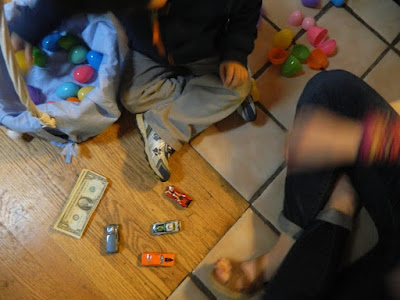 We had stuffed our eggs with little cars and dollar bills. We had no idea what people put in eggs these days. 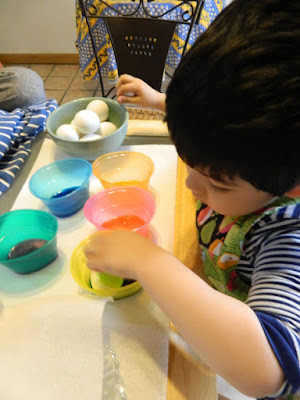 Big Grand asked to dye eggs and we just so happened to have a cup kit that was just right for little hands. He was very good at it. He made some beautiful eggs. 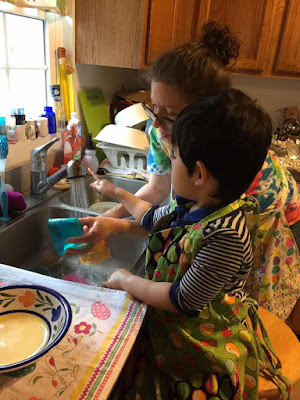 Cleaning up was as fun as the dyeing. 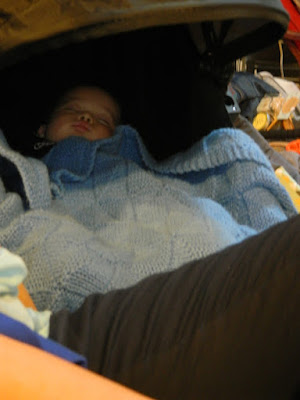 Little Grand was not feeling so happy. He slept most of the day. He's getting those terrible top teeth poor thing. 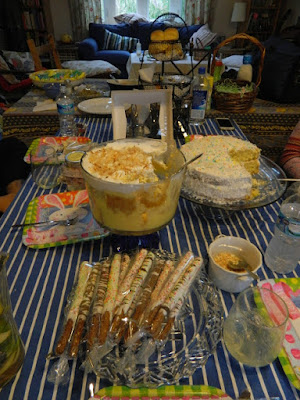 The food turned out just fine. The weather was ominous but it never rained. We did everything I planned and more.  After all my early silliness it turned out to be a decent day-just like The Mister said it would.
Posted by Araignee at 12:00 AM