Look What I Bought: Part 1 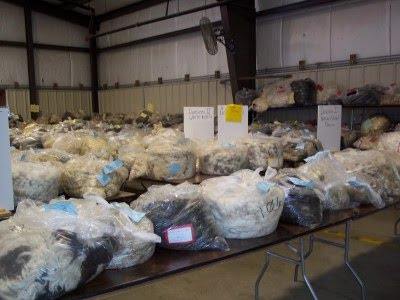 My only 2010 Sheep and Wool mission was to bring home something I don't usually buy. I tend to go to the same booths and buy the same thing each year.
Somewhere deep in the back of my brain, I had the notion that this would be the year to get a fleece but since I am too shy to fight my way through the confusion of the fleece tables I never thought it could be possible. I have been a lurker for years, watching from a safe distance in admiration as people carried away their giant bags. 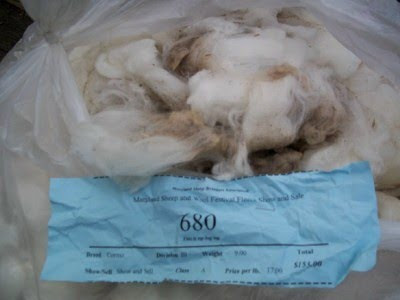 On Super Hot Saturday, before I had my meltdown, I was forced by The Mister and Son #1 to go take a look at this year's selection. I managed to not only walk myself up to the fleece tables but to actually pick one out and buy it. That is $153 of Cormo. Yes, I said $153. I had brought $200 with me and then plunked down almost the entire thing in one giant 9 pound purchase within minutes of arriving. 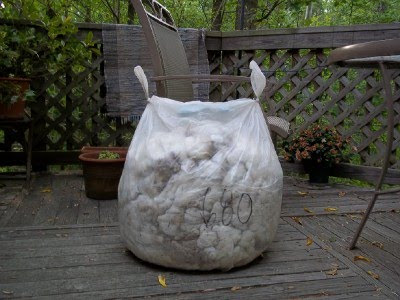 It's one big bag of wool. Certainly enough to keep me busy for the summer. 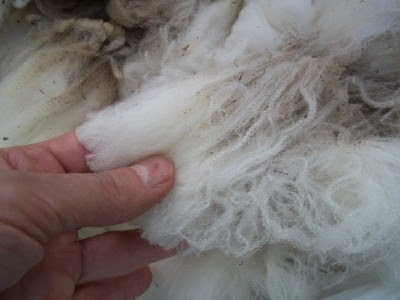