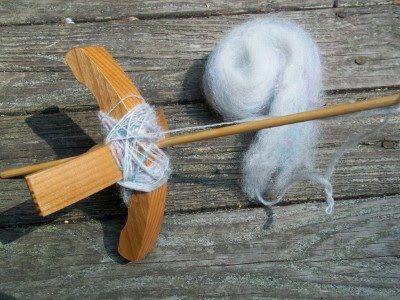 I wish I could put a video here of my first hilarious attempts at spinning on my new Knit Picks Turkish spindle. I didn't have a clue. Luckily, they have a tutorial because everything I already know about spinning just didn't work here. 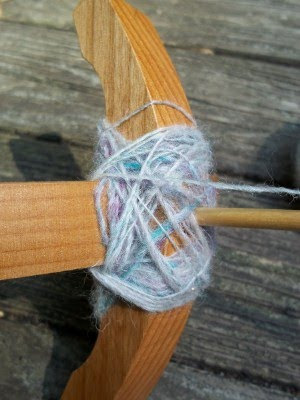 After I got the hang of it, I managed a few pitiful strands of singles. 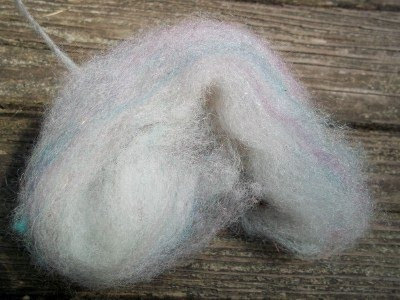 I used some rejected fiber from my first attempts at batt making, which was probably a mistake. It was not as strong as a commercially processed fiber so it drifted apart during drafting too often adding to my beginner's frustration.

The main issue for me was just getting used to the slowness of the spindle. I am used to my tiny Golding's and my featherweight Bosworth which spin very fast for a very long time. The Turkish spindle is heavier and much slower so you have to add extra twist and wrap more often than you would have to on a more traditional drop spindle. The bottom pieces also rattled a bit at first, until it got some wraps on it which was hard to get used to and added to my frustration.

All in all it was a bit fiddly but still fun in a different spinning experience kind of way. I am not sure I would recommend it for your first spinning experience but if it delivers on making its own center pull ball then I will be certainly be glad to have it in my collection.
Posted by Araignee at 12:00 AM