It's a Mystery Part 2 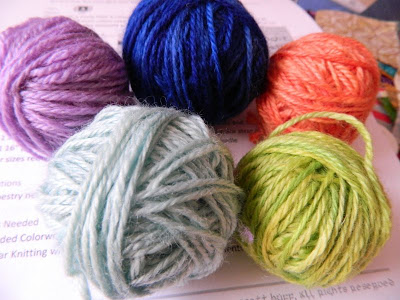 The pretty little skeins are now balls so I cast the mysterious thing on. I nearly went crazy trying to cast on 6 stitches on 3 needles without either getting a hole or a bump. 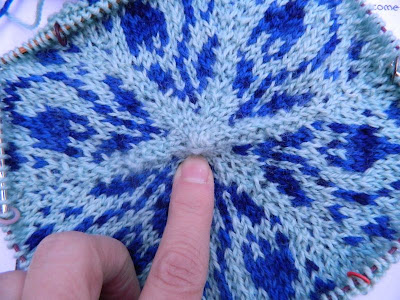 I finally ditched the double points for the Magic Loop and decided to settle for the small bump that I ended up with using the circs. 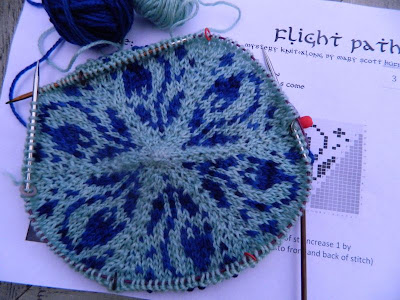 Stranded colorwork in the round, with such a small diameter was major fiddly. It was not much fun at first. My stranding technique is also rather rusty so I ended up with a circle that was on the lumpy and bumpy side. I even ripped back a few times due to puckers. As the circle grew, however, it became much more enjoyable. The pattern is very pretty and relatively simple so I am looking forward to Clue #2 which comes out later today. 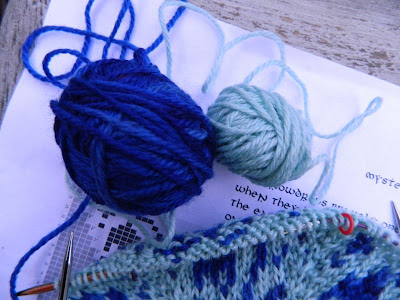 The only problem is that I only have this much of the main color (lt blue) left. Yikes.
Posted by Araignee at 12:00 AM