Honey, I Shrunk the Sheep 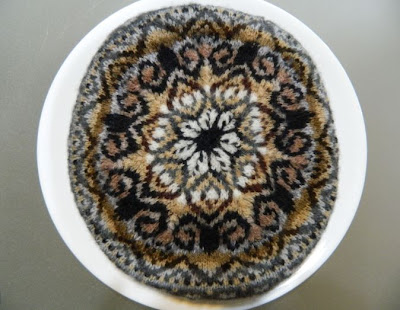 The white plate underneath the Sheep Heid is the plate that I had originally used to block it. You can see that with just a gentle extra swishing in some soapy water that the hat shrunk considerably without losing its knitted quality. 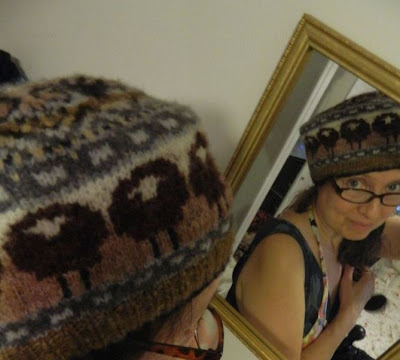 Not only is the fit better but the whole thing has more body. It stands up like a tam should, so that the little sheep run around your head without being pulled or squished out of shape. 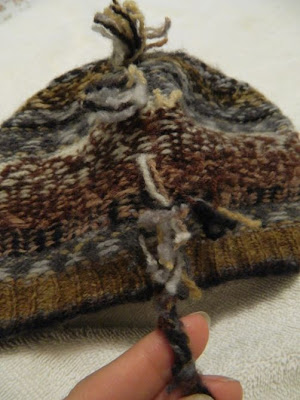 During the felting process, I completely forgot about all those ends that needed to be woven in. When I turned the hat inside out to deal with them, I discovered they had felted into a mass that had to be cut apart. After snipping them I realized they weren't going anywhere so I just gave the hat an inside out Mohawk and called it a day. I braided the longest ends so now my sheep have their very own little pigtail.
Posted by Araignee at 12:00 AM