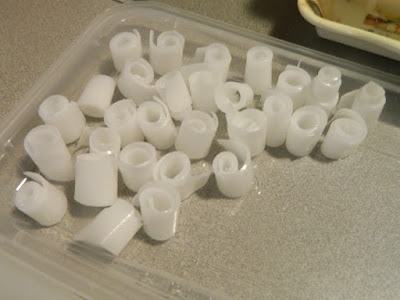 I spent Tuesday night staring at the laptop watching the election results and I swear my heart wouldn't beat right all day yesterday. I had to turn off the news, get some fresh air and give my brain a rest. I took Pup for a walk and then came back to tackle some of the soap and lotion bars I need for the baby shower on December 1st. 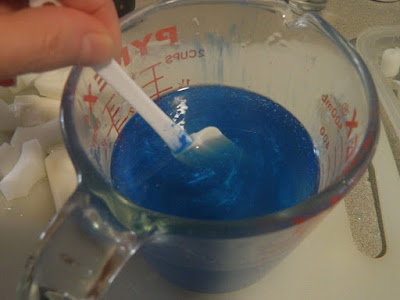 I gave up on making my usual soap and am taking the shortcut. I chopped and melted and had a good ole time. 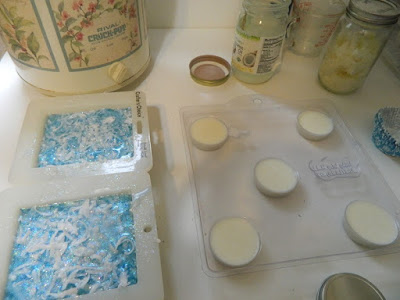 I got two loaves done and a pan of lotion bars. We are expecting 25 so it's going take a while to get it all finished. 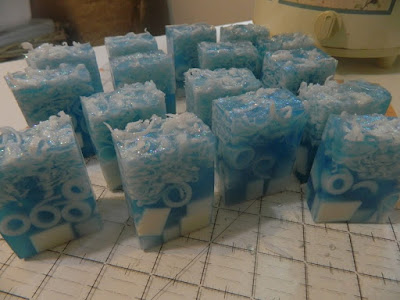 Look at all my pretty little fellas. I haven't made this kind of soap in a while and I'd forgotten how much fun it is. 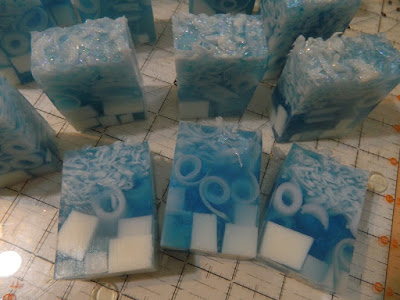 I used Sleigh Ride for the fragrance and they smell heavenly. 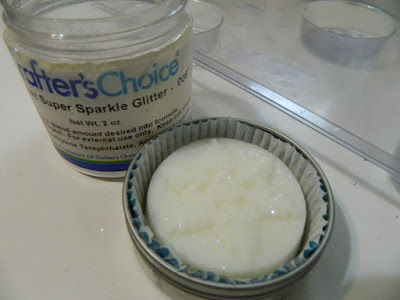 HOWEVER.....the lotion bars, as pretty as they were, were a disaster. I was wrapping them up when I noticed-they stunk. Really stunk. What the heck? I used the same exact fragrance as the soap. I went through the ingredients and discovered the new bag of bee's wax I had opened smelled awful. Awful. Into the trash they went and off I went to order more. I'll be giving the next bag the sniff test before I start. Apparently this is a thing with bee's wax. Who knew? I know now. Lesson learned.
Posted by Araignee at 12:00 AM