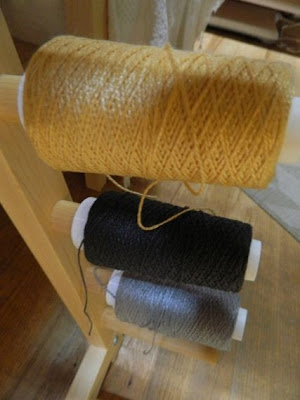 Unlike knitting and spinning, I don't have a weaving stash. I have precious little yarn that would work on a loom. After cutting off the last project, I was very sad. I hate seeing the loom sitting empty. It's just not right. While digging through what I do have, I realized I still had enough of the project cotton to make another table runner if I switched the colors around. 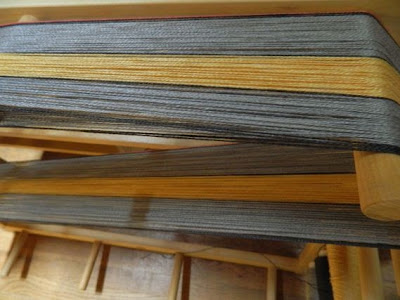 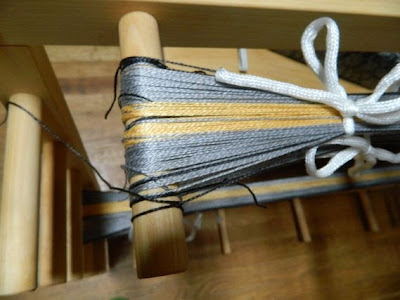 Twice because the first time I put the yarn on the warping board I started the threads in the wrong place. I had to take it all off and rewind it. 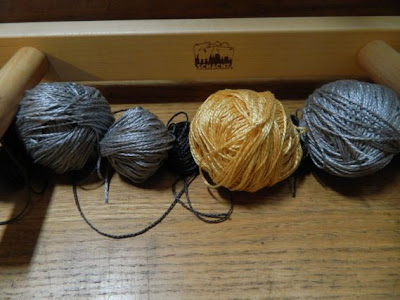 Since there was mercifully no tangling it all went pretty fast. 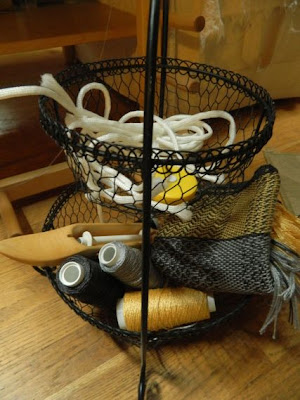 That is when I discovered my bread basket that I had doing nothing but taking up space in the kitchen made a good tool tray. You use a lot of stuff when you are warping a loom. 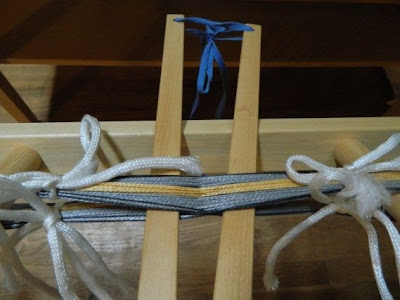 Not wanting any more surprises, I used the trick of putting the lease sticks in while it was all on the warping pegs again and had The Mister help me move it to the loom so there would be no twisting. Twisting the cross is scary and my brain can't fix it. It's a death sentence to the warp and I did NOT want to rewind this all again. Perle cotton gets very knotty if you handle it too much as I found out the hard way. 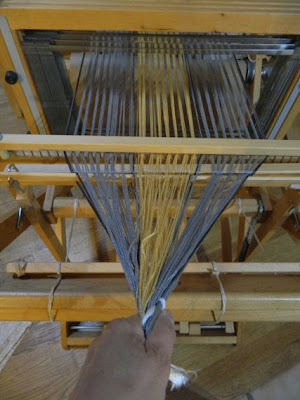 Since all this was happening a dinner time, once again I held the food hostage until The Mister helped me wind it on. I stopped here for the night because it was a very good dinner and me and my full tummy are going to have a lay down in front of the telly. I'll finish all the rest tomorrow.
Posted by Araignee at 12:00 AM